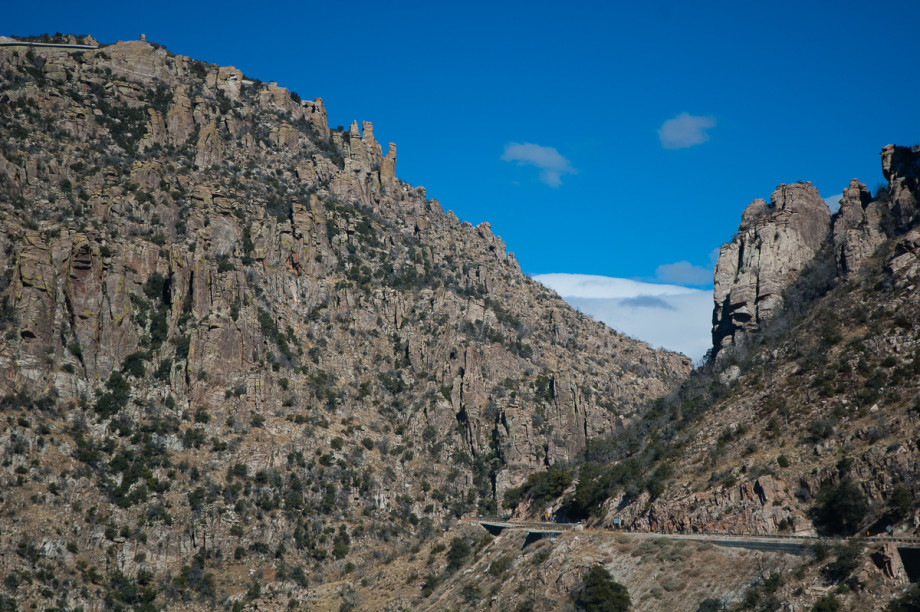 It’s images like these that make me want to move back to the mountains.  How I long to be climbing on those rocks.  If you look closely you can see where the road winds near the top left of the image. 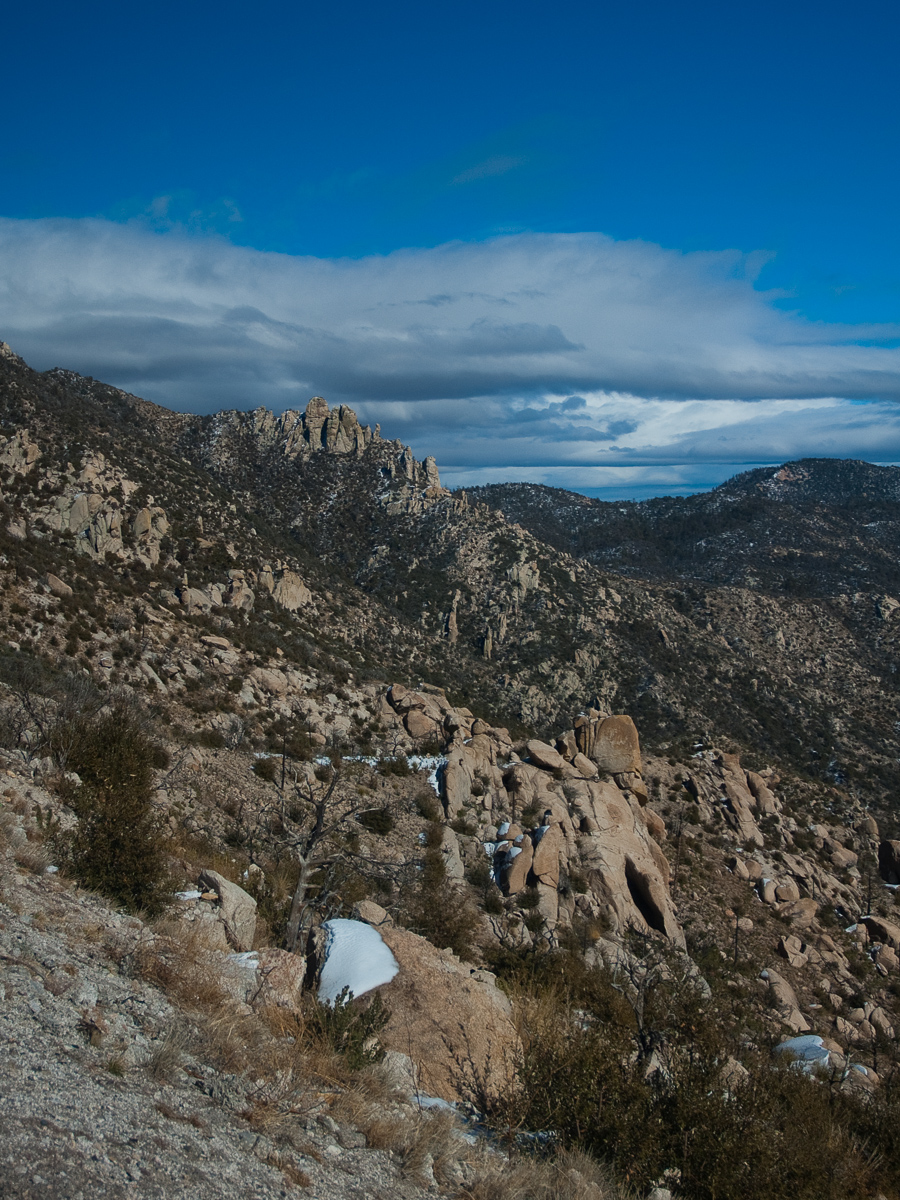 I love the way the clouds and sky look with the circular polarizer.  Beautiful. 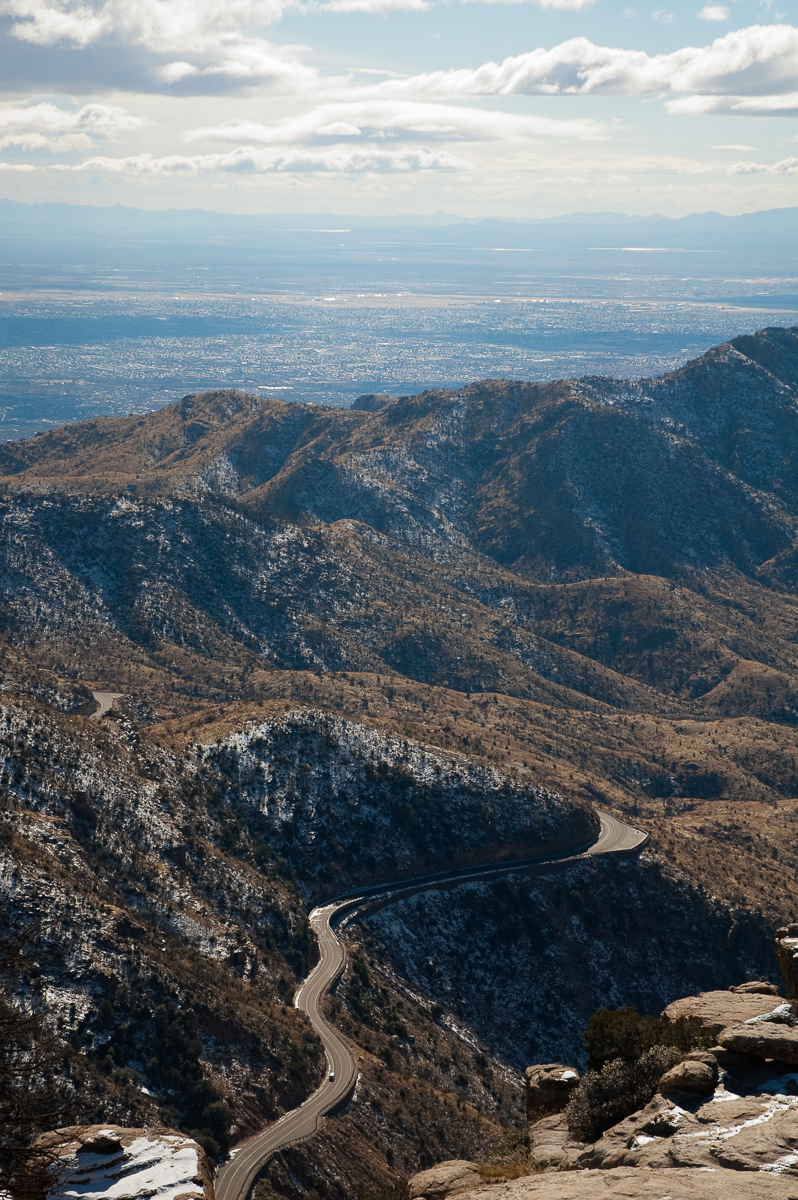 From one of the scenic turnoffs on the way to Mt Lemmon.  In the background you can see Tucson.  It’s hard to tell, but that’s it.  This starts a week of vista’s taken in AZ.  Most of them are from the trip up Mt Lemmon, but there’s a few others.

Yesterday, you may have noticed some downtime too.  This was outside of anything I could do.  My hosting provider had an emergency scheduled downtime and apparently not everything came back according to plan.  Oh well. 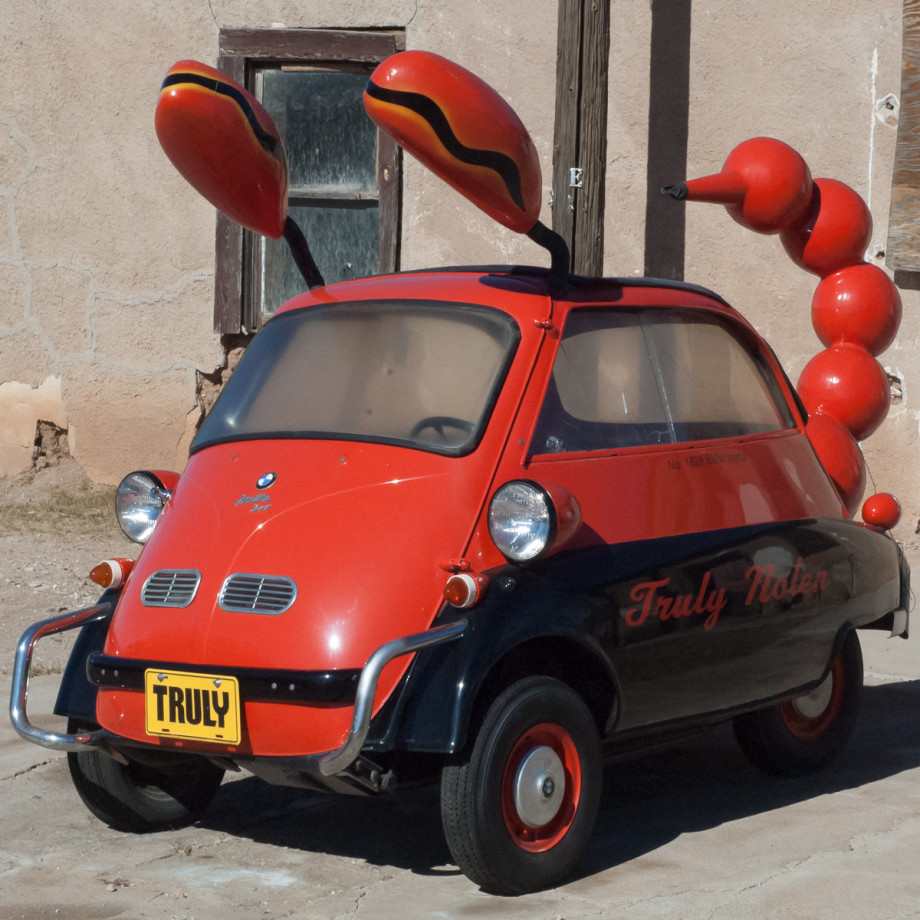 I’m not sure how you could go wrong with transforming a BMW Isetta into a mobile scorpion.  Apparently these people thought the same.

In other site related news, I’m sick of this design.  The more I look at it, the more I realize I just threw it together.  And, since this site gets the most traffic, I’ll probably redo this one first.  Also, this site’s a lot easier to redo since I know it inside and out. This site will also use all default fonts, which was a mistake on the current site.  I’ll also be updating stuff and just making it feel more “polished”.  Who knows when this will be completed thoug as work has been extra busy lately. 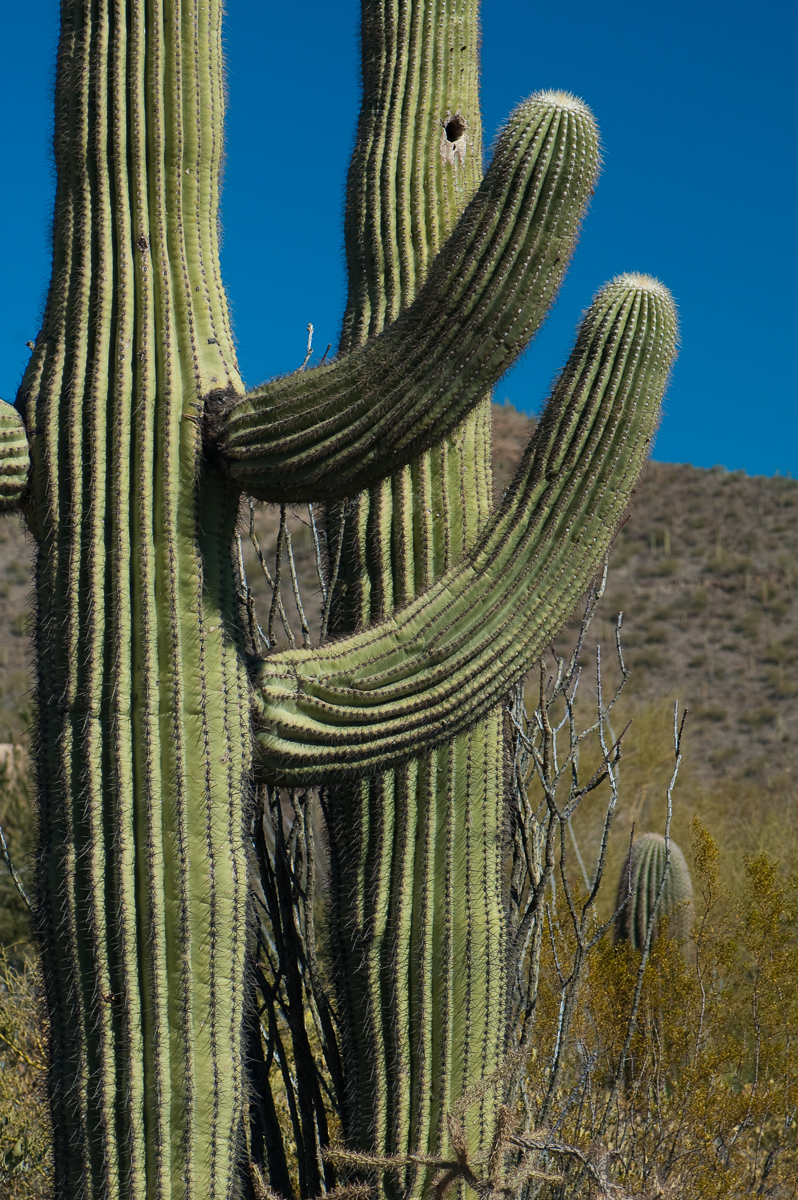 I love that sky blue color.  The Saguaro’s are crazy interesting plants too.  Especially when you consider they only grow around one inch per year, and there are so many that are over 20 feet tall. 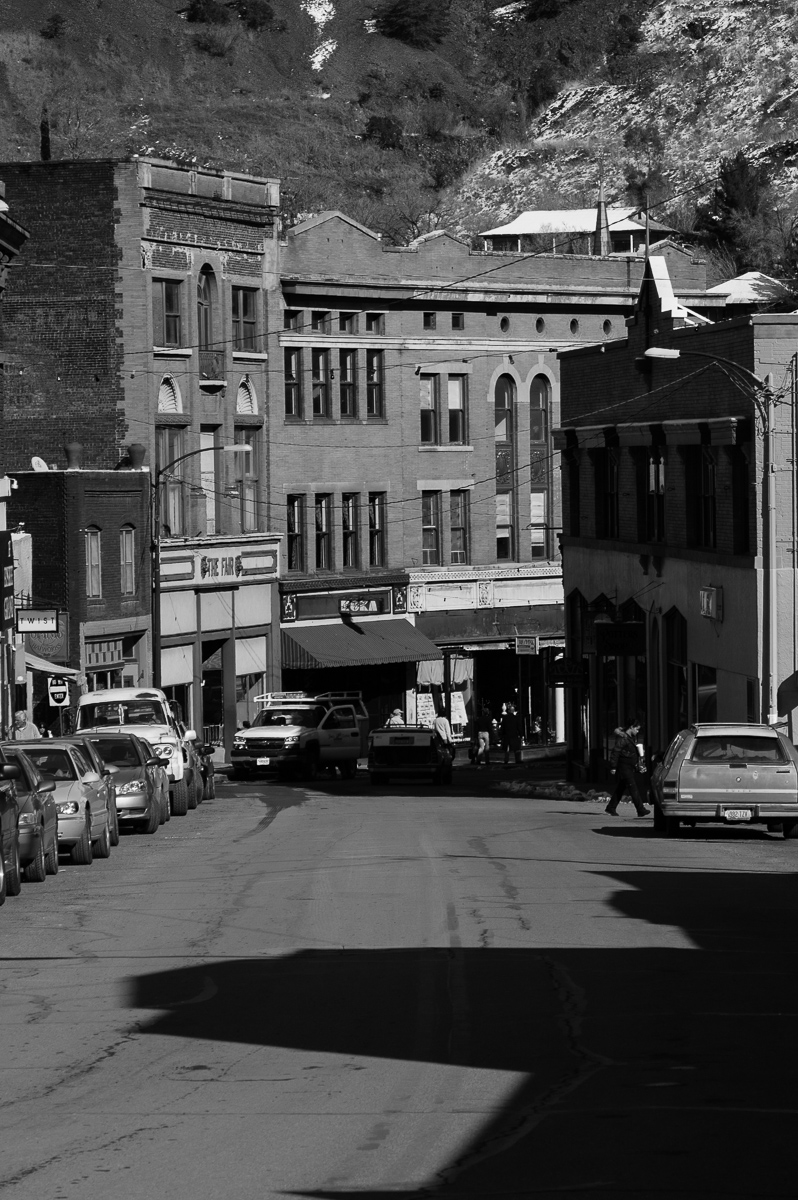 An old mining town, Bisbee has recreated itself as more of an artsy town set in the hills close to the Mexico border.  While we were there, there was actually quite a bit of snow.  Two days prior to us arriving, they had ~6 inches.  You can still seem some remnants on the hill in the background.

Unfortunately, since we went there on a weekday, most of the nicer shops were closed. 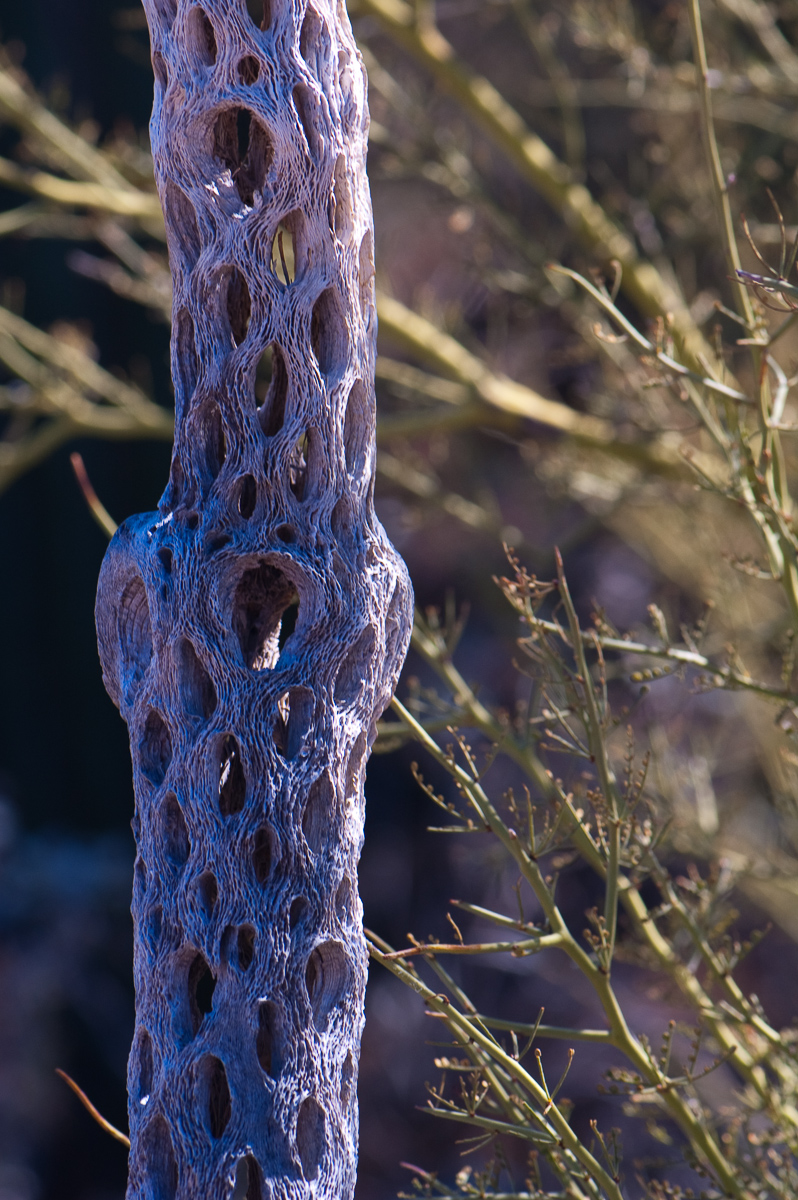 I was fascinated on what the wooden structure left by a cactus looks like.  I believe this is the remnants of a Cholla, but don’t quote me on that. 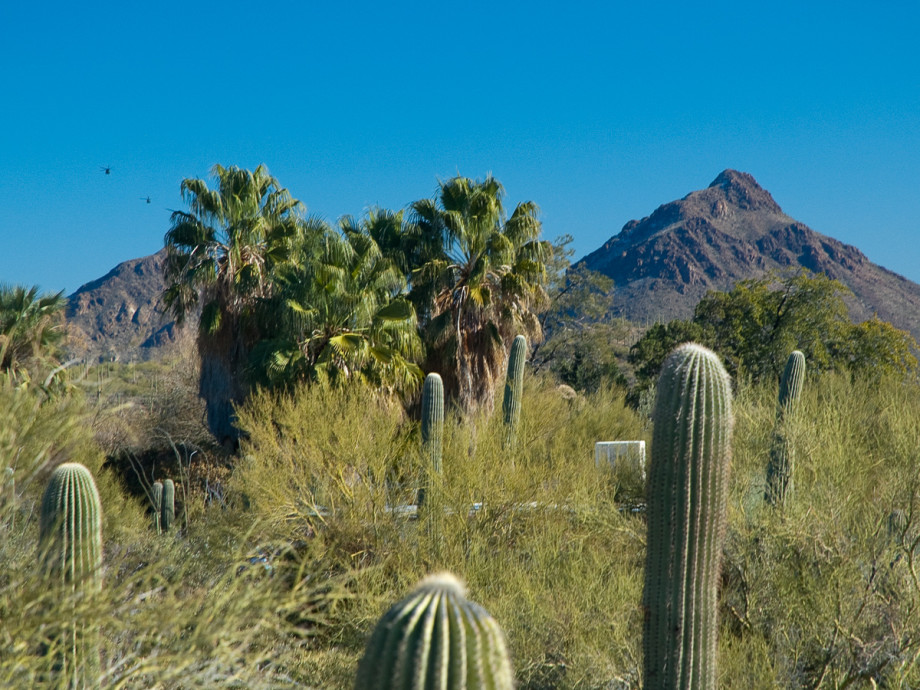 The two choppers flew right over us, and then they were set against the hills and palm trees.  Why there were palm trees in the desert museum, I haven’t a clue.  However, it looked like a scene right out of Vietnam. 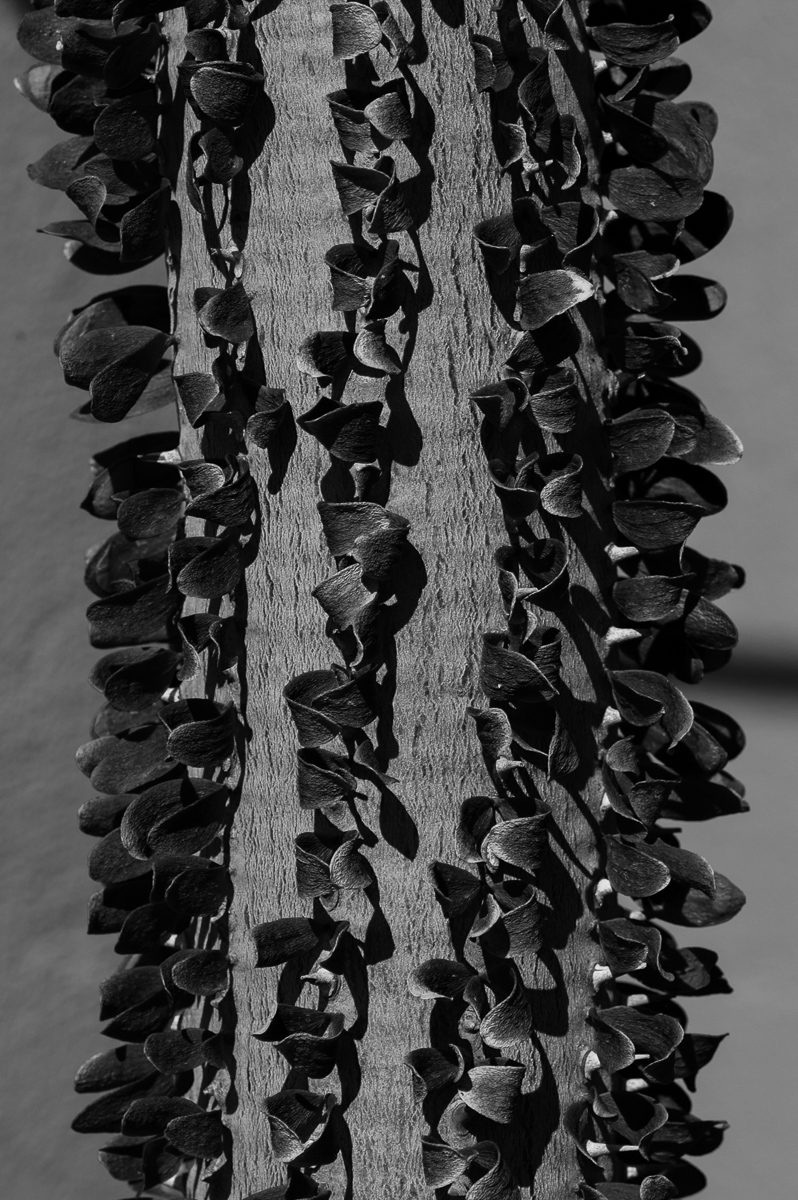 This is another where, looking back, I realize I need to take the shot I want, and then take another even closer.  The leaves on this “tree” are definitely not the normal; they grew right off the trunk. 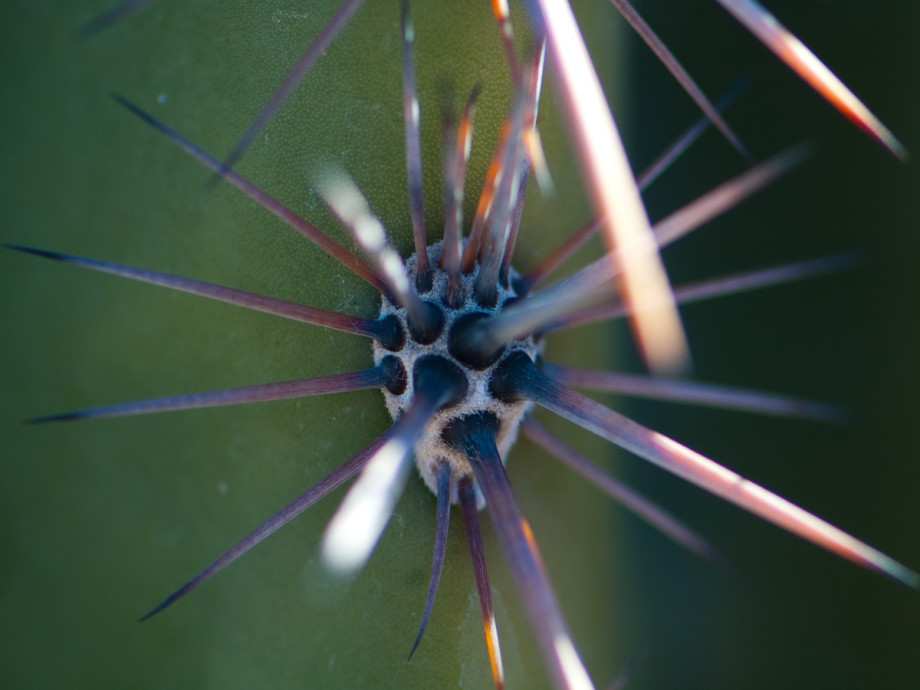 I had wanted to do updates daily, like normal, but actually compose the post the night before. As you can tell, from the lack of updates last week, that didn’t work. So, this week, I’ll be doing what I had been doing for the past months, where I upload all the images on Sunday night along with the posts. Maybe next week I’ll do a hybrid of the two and see how that works. It’s just I’ve been so busy with both work and life in general, that I haven’t had the time after work to actually put up any images. It’s not that I don’t have any, just that, well, I don’t have time.

Anyways, here’s the areole of a saguaro cactus. After editing a few images today, I’ve realized I need to take the image I think I want, and then get closer. With the 105mm lens I have, I can do that, and I think I’m missing the real best picture by not stretching myself to do more. I say this because I really like the thumbnail image of this one, even more so than the original size. However, there isn’t enough detail to blow it up large.