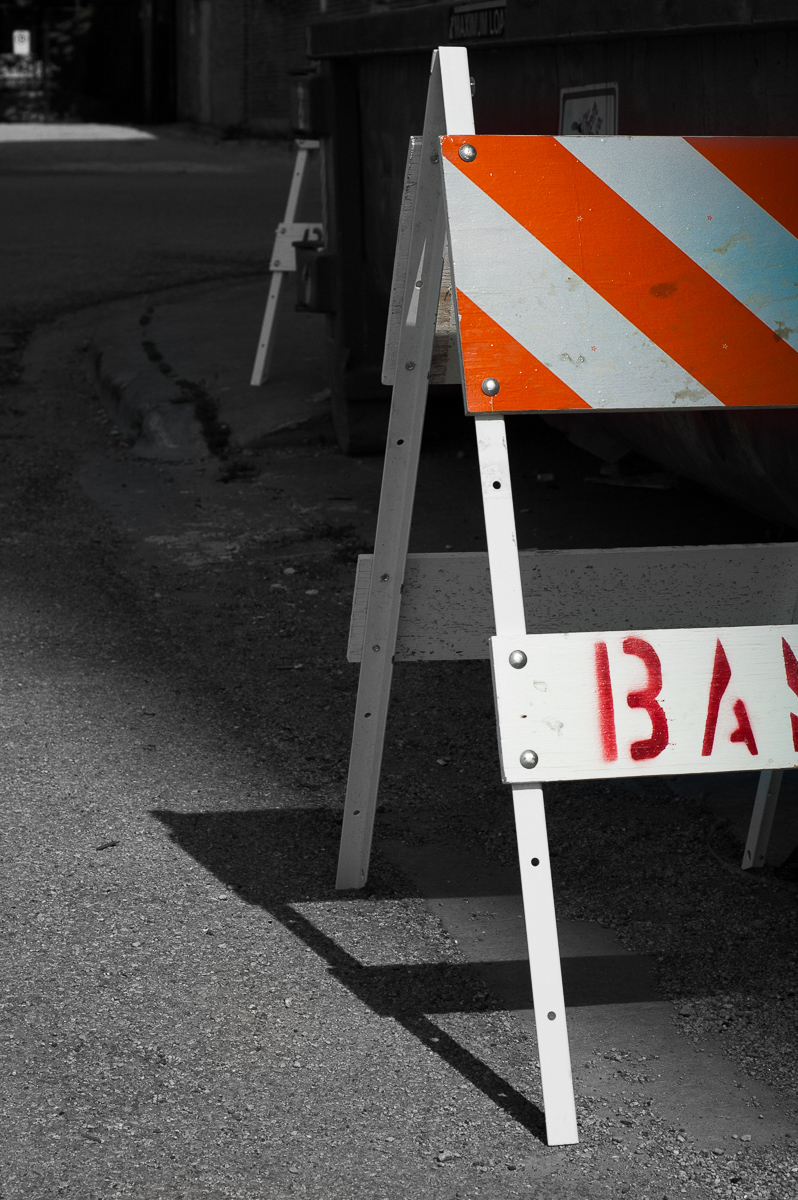 This was originally an image that I took for my Digital II photography course.  The assignment was to photograph shadows.  Originally, in class, everything was black and white, but I really like the way the brightness of the orange and red offset the background.

Many in the class thought that this was taken at night, but actually it was during the a very bright day.  All of the objects in the background, and even most of the subject were hidden in the shadow cast by a large building.  Not really all the much else to say, except, yeah first real image!