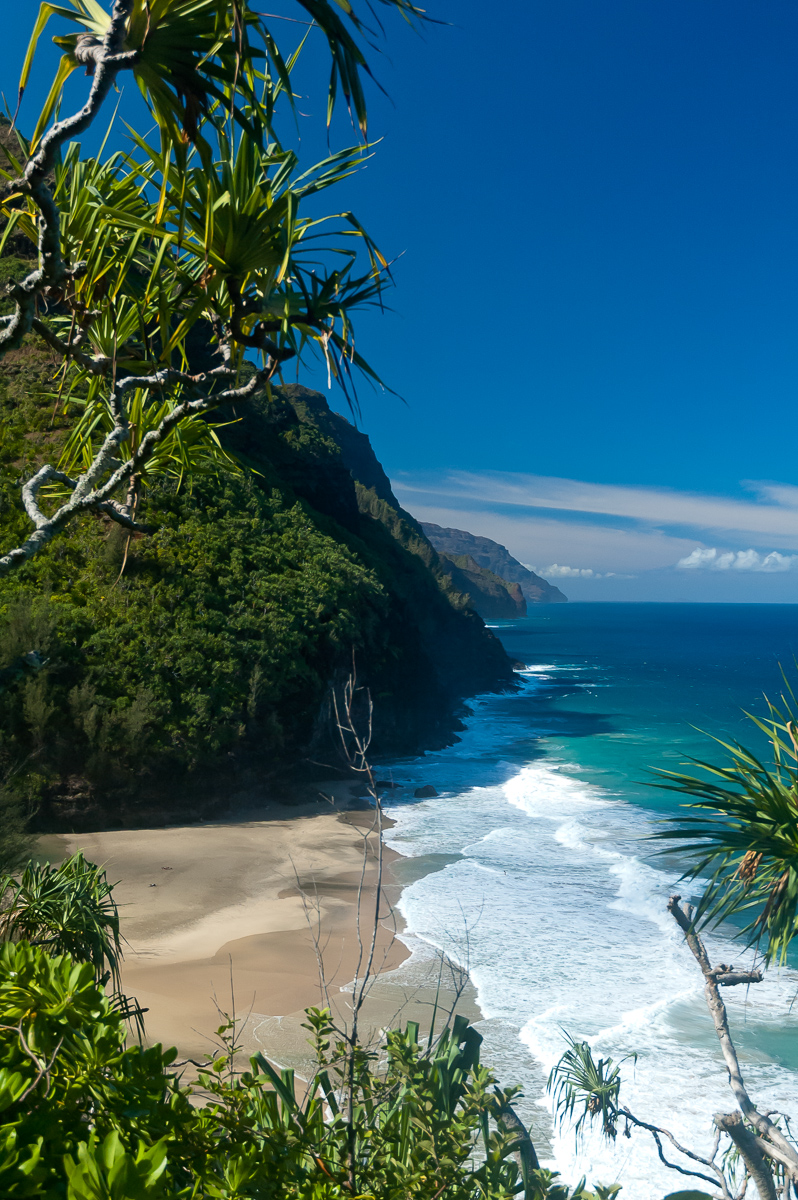 I know it is difficult to tell on the site, but I have dilligently been updating various things on the site to make it “just right”.

As for the picture, with Yow-Yow and I getting married (there should be pictures up of her soon too) in Hawaii, I thought I’d wet some appetites with a picture of a hidden beach along Kalalau Trail.  We’ll be taking a boat ride along the coast for our rehearsal dinner, and I can only hope it will be as gorgeous as this picture is!