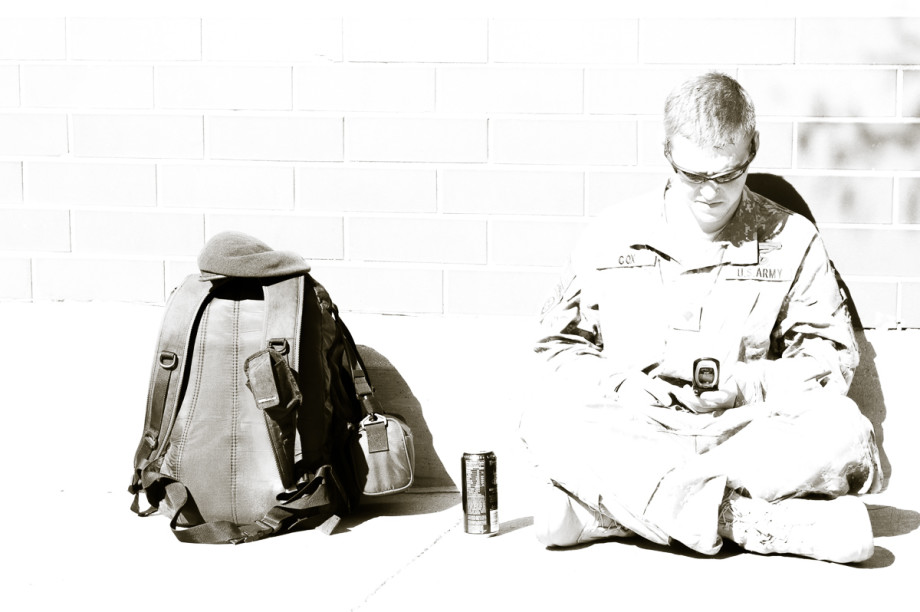 I purposely posted this image on a Friday, because I want it to have a three day exposure.  This image was taken near the bus station on Harrison St.  I was actually on the other side of the street when I saw him sitting alone on the other side of the street.  When I first saw him, he was talking on his phone.  However, I then approached and asked if I could take his picture.  I’m not really good at taking pictures of strangers on the street, and when I do take portraits, I like them to be as candid as possible.  Well, he starts to put away his phone, and I ask him to just be normal about it and pretend I’m not there.

Out of the four or so that I took, I think this one captures what I wanted.  The down side was that I didn’t actually check the images before I gave him my business card and walked off.  Because I was playing with the camera a few shots before I met him, I forgot that I had left it on the manual setting.  This is why the image is so blown out.  At first I was disappointed and almost turned around.  However it grew on me very quickly, and it seemed to actually capture more of what I had seen originally than I had thought.  I hope you guys enjoy it too.  I would definitely recommend the light CSS setting for this one.