Been busy with Nolan, so haven’t gotten out much.  I’ve been meaning to put this one up.  Definitely enjoy it a lot, hope you do too. 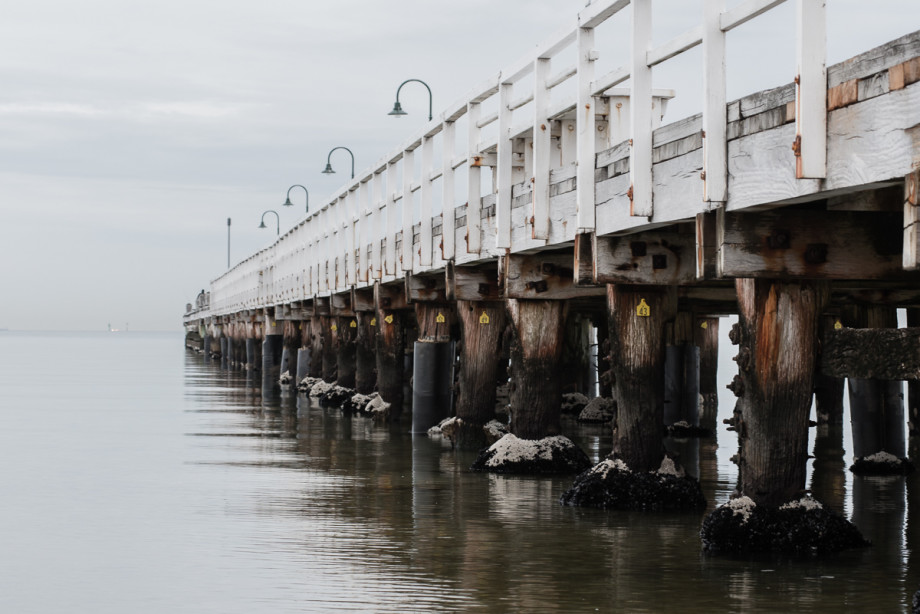 Each morning I’m out pretty early to walk the dog.  Most days I kick myself for not bringing my camera as we’ve had some very calm (chilly) and beautiful mornings.  Of course, today I woke up early enough on my own accord, but it was cloudy out.

While I didn’t get up as early as I would’ve for the sunrise had it not been cloudy, I did get up early enough to get some of the decent light.  I’ve got a few that I’m pretty happy with including yet another pano I put together.  However, I wanted to throw out a few other ones prior to that one.

In other news, I’ve updated the galleries a bit if you haven’t been there lately.  I was never really a fan of the default stuff from NextGen.  In fact, I’m still not 100% sure I’m a fan of NextGen (really, REALLY, want it to support video).  However, while the galleries look completely different, they are still using NextGen in the background.  However, now I have it fronted with Justified Image Grid to update the look a bit.  In addition, there should be no more pagination!  Just keep on scrolling (looking to implement on other sites).

As always, I’m still tweaking with the ability to purchase images.  If for some reason it isn’t working just drop me a line. 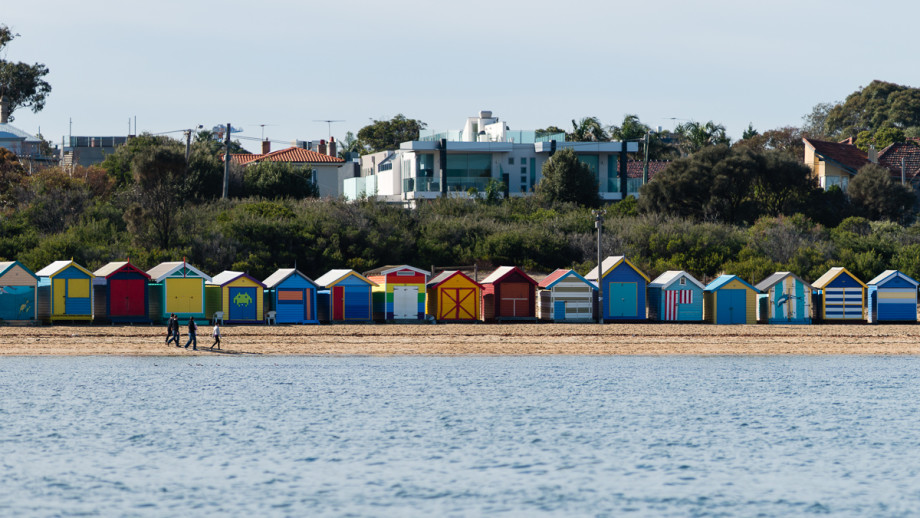 While we were out on Adam’s boat the previous weekend, we anchored outside Brighton Beach to enjoy lunch.  As Wikipedia says, Brighton Beach is know for its 82 colourful bathing boxes, which are the closest to the CBD.

Well, here’s a picture of almost all of them!  I think there were 3 or 4 further to the right that I didn’t notice until we cast off again. 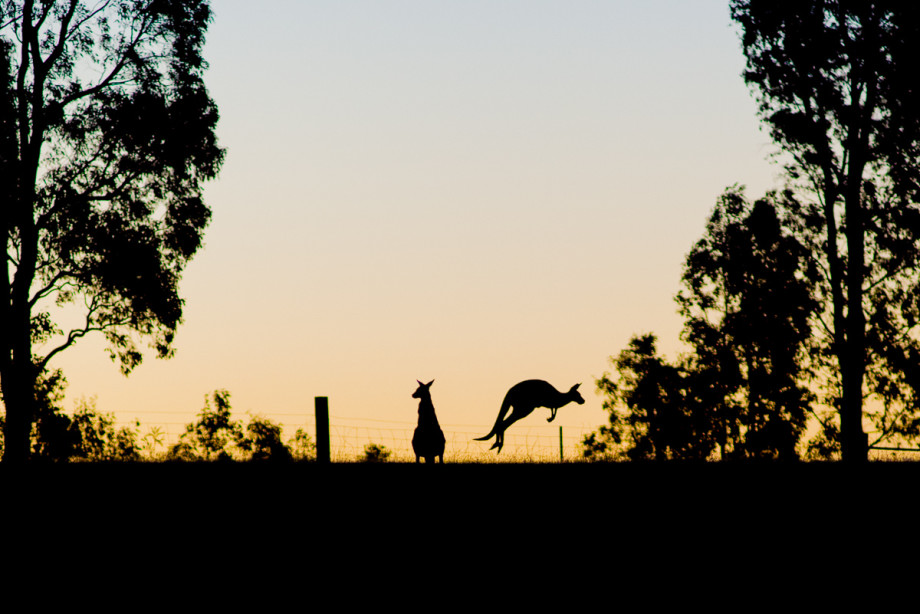 When we were in the Grampians, there were so many kangaroos.  Pretty much every night, we had our own little round-up in order to grab some pretty epic pictures.  This is one from the D800 and my 80-200m lens.

Yow-Yow liked it so much, she printed it out on canvas to hang in the house! 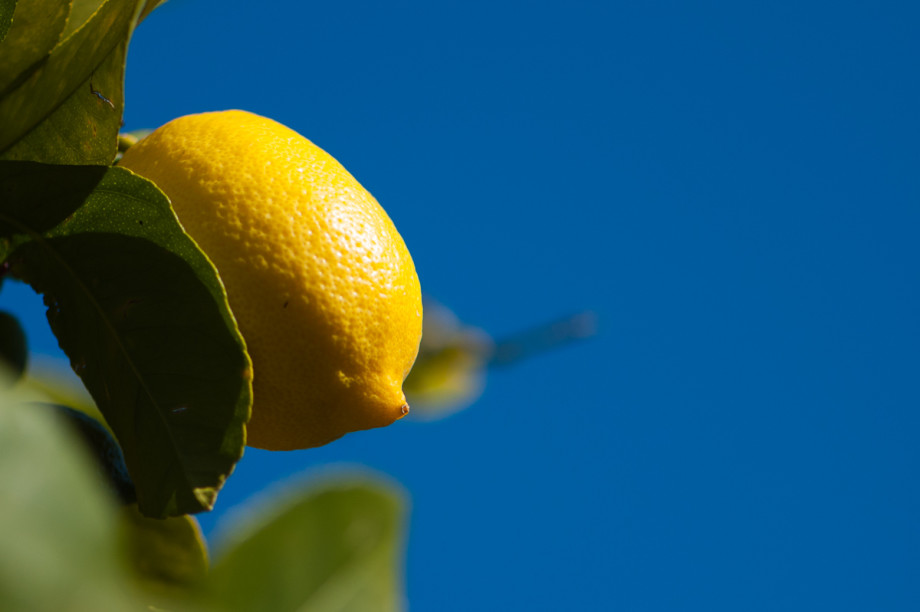 Well, it has officially been one year in Australia as of tomorrow.  Looking back, it has been an interesting year.  Not having snow, or any day even remotely close to snowing was definitely a plus.  However, it is hard being this far away from family.

I’ll hoping to have a post here shortly about the breakdown of things here in Australia so far.  However, in the meantime, here’s a picture of a (of MANY) lemon on the tree in our backyard.  Today was a gorgeous and clear day, and I’ve been wanting to get the combo of green, yellow, and blue for awhile now.  Enjoy. 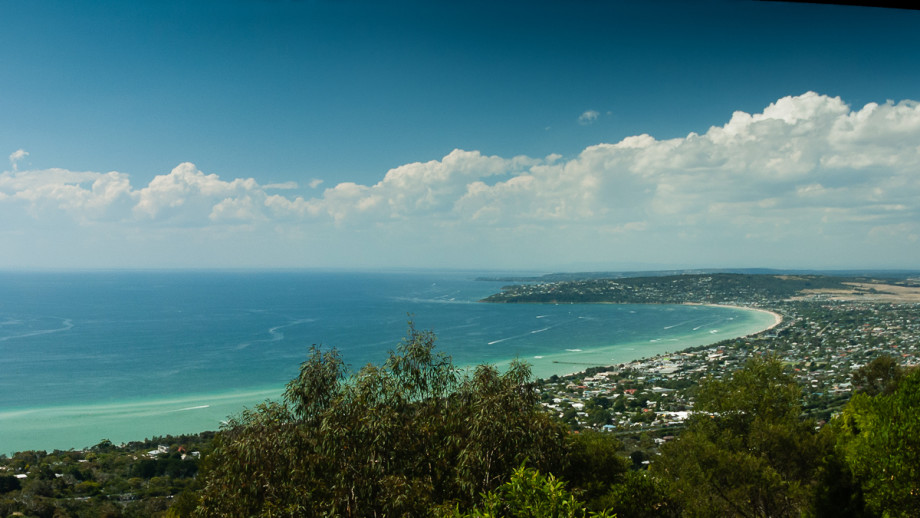 It’s been another long time since the last post, but based on some internal changes here, there will hopefully be more activity.  The biggest change is that I’ve finally moved my NAS, which holds all my images, down next to my desktop PC.  This allows for incredibly improved productivity on the images front, so I hopefully won’t get frustrated as easily and stop.  Needless to say a 1Gbps link is easier to work with than a wildly fluctuating wireless link.

This is an image I’ve been trying to get right for awhile now.  However, hugin just couldn’t get it to generate and actual image.  Turns out, that because there are many dynamic things in the image (i.e. boats), hugin was just getting confused.  By manually specifying the connection points, all is better in the world.

This was taken from the lookout at Arthur’s Seat State Park.  We had been there before, during our previous trip to the Mornington Peninsula, but this was a much nicer day out.